A panel of Department of Veterans Affairs judges has ruled in favor of a veteran who petitioned to receive full education benefits under both the Montgomery and Post-9/11 GI Bills, a decision that, if allowed to stand, could expand the payout for thousands of eligible veterans.

In a decision published last month, two of three judges with the U.S. Court of Appeals for Veterans Claims ruled the department erred in denying a benefits claim filed by a former soldier with "split time," having served as an enlisted soldier and later returning to the service as an officer.

BO paid into the Montgomery GI Bill (MGIB) as an enlisted soldier and qualified for the maximum benefit through military service. He also was eligible for the Post-9/11 GI Bill through his service.

He used roughly 25 months of a maximum 36 months of his Montgomery GI Bill benefits to earn his undergraduate degree and returned to the military as an officer.

The Montgomery GI Bill dates to 1985 and is a program service members pay into that provides funds directly to those enrolled. You have the option to opt out when you join the military; otherwise, the service deducts $1,200 from your paycheck over time.

Eligibility varies, but service members must pay into it and serve three years to qualify, unless they have a specific agreement at the time they enlisted.

Then, as a veteran in May 2015, BO applied to use his Post-9/11 GI Bill benefits, which he earned while he was serving as an officer. He planned to attend seminary and return to the Army as a chaplain. Accepted to Yale Divinity School, he wanted to use the generous compensation provided under the Post-9/11 GI Bill, which covers tuition, books, fees and housing, to cover the cost of the Ivy League school.

Eligibility for the Post-9/11 GI Bill, which was introduced in 2009, is based on length of active service since Sept. 10, 2001. Maximum benefits are realized after 36 months or more of service or for those discharged with a service-connected disability after serving 30 consecutive days.

Weighing BO's claim, the VA decided that the veteran was entitled to roughly 10 more months of benefits, the difference between the 36 months entitled by the programs and the months he had already used under the Montgomery GI Bill.

"Rather, they allow such a veteran to receive entitlement under both programs subject to a 26-month cap on utilization of each of the two separate programs and a 48-month cap overall," they wrote.

The veteran's attorney, Tim McHugh, with the law firm Hunton Andrews Kurth LLP of Richmond, Virginia, said the decision "has the potential to restore billions of dollars in Post-9/11 GI Bill benefits to military service members of the Post-9/11 era."

However, the actual requirements, which McHugh said do not require the veteran to give up the benefits they qualify for, weren't published until the following year.

"Over time, the VA came to believe that [the regulations written in the form] is what is required," said McHugh, an Army veteran who took the case pro bono as part of his firm's veterans outreach program.

McHugh could not say how many veterans may be affected by the ruling but believes if a service member "served six years and three of those were Post-9/11, you should qualify for both, if you paid into the Montgomery GI Bill."

The VA can appeal the ruling to the Federal Circuit Court of Appeals. A VA spokeswoman declined to discuss whether the department plans to fight the decision.

"VA is aware of this decision and is reviewing," spokeswoman Susan Carter told Military.com.

How this affects those who paid into the MGIB and served after Sept. 10, 2001, remains to be determined. In the complex ruling, the majority sent the case back to the VA appeals board, ordering it to award BO 22 months of education benefits.

The decision came too late for BO to use the benefits at Yale; he had to give up his spot and will be too old to go back into the Army once he completes seminary, according to McHugh. But he still can use the benefits elsewhere.

"He missed out on an opportunity ... but he pursued this for others. This guy just can't stop serving," McHugh said of his client, who now works in counter-terrorism for the government.

Whether the ruling will apply to all veterans in similar circumstances remains to be determined by the VA, the courts and maybe Congress, McHugh added. He recommended that veterans contact their elected officials and veterans service organizations to press for clarification.

"We won't know the full effect until we have a better idea from the VA, maybe from Congress, on how the VA is going to handle this," he said.

Find out who is eligible, what's being offered, and how to apply. 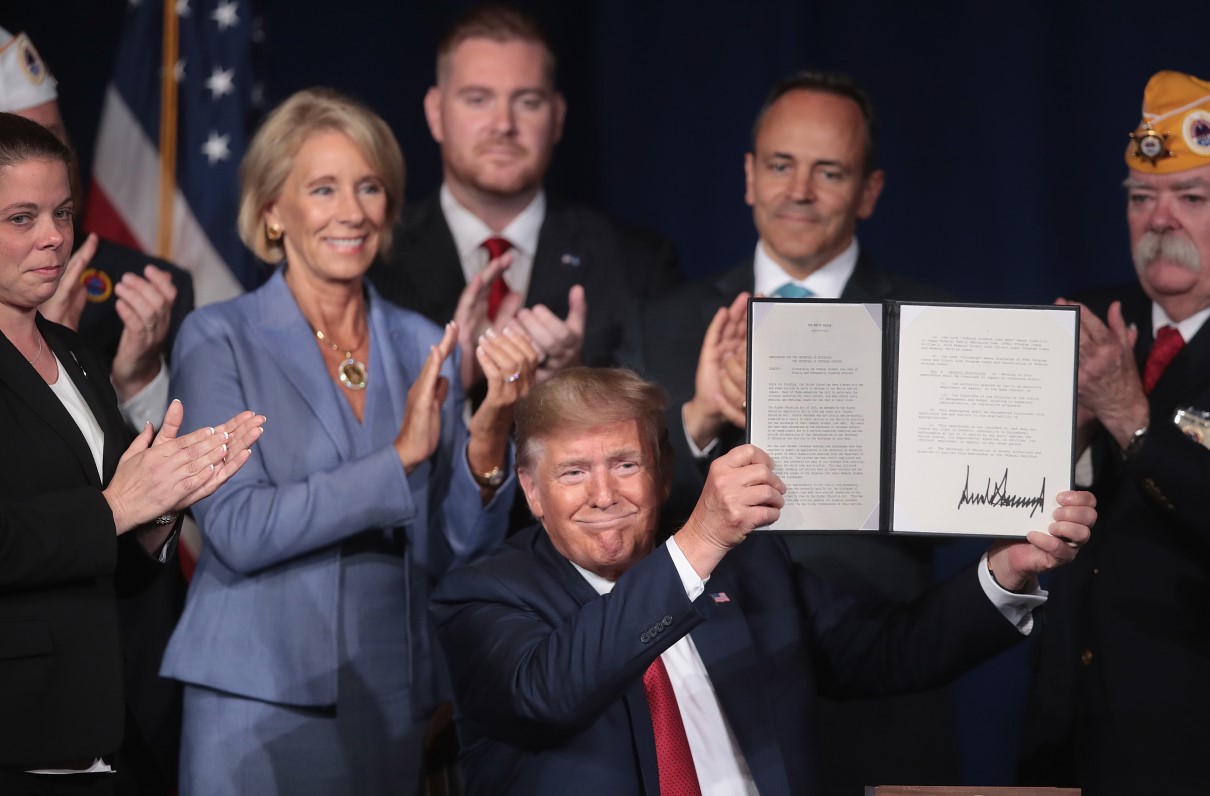 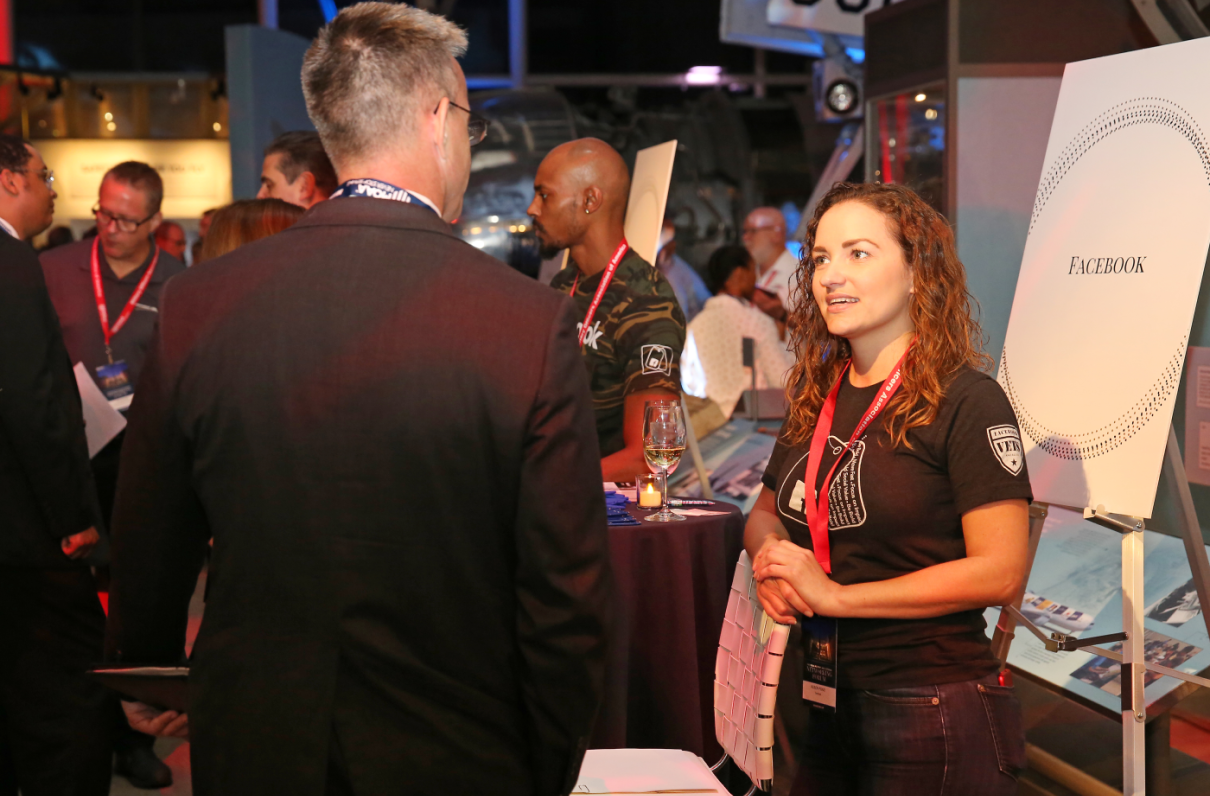 Follow these steps before you join us Sept. 19 at the National Air and Space Museum.

Read More Find A Chapter Near You