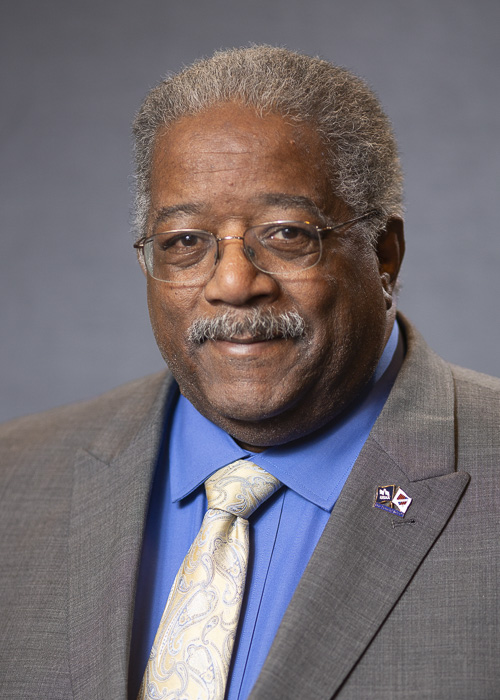 Lt. Cmdr. E. Fred Green Jr., USN (Ret), entered the Navy in November 1973 via the Reserve Officer Candidate (ROC) program and graduated from California State University Northridge in 1975 with a bachelor’s degree in political science with a history minor. He subsequently earned a master’s degree in business administration and a Master of Science degree in logistics engineering.

In the course of his career, he served at sea on a variety of Navy warships ranging from two Gearing-class destroyers to the USS Constellation (CV-64). His shore duties included Naval Gunfire instructor, Fleet Training Group.  Following his retirement from active service, he taught public school grades 4-6 and he was a adjunct professor.

As systems, reliability, and logistics he worked the development of GPS systems and communication systems for the Navy, Marines, and the Air Force. He is actively engaged in the American Legion as his post Service Officer and Boys State Coordinator. He is a docent on the USS Midway Museum (CV-41) and a volunteer with the California Highway Patrol (CHP).

He is currently president of the California Council of Chapters and is actively engaged in pursuing legislative initiatives serving the interests of current and former military members with the California legislature. He provides leadership throughout the California veterans community through his membership on the California State Commanders Veterans Council.