Richard Reid Hallock, aged 23, reported to Ft. Benning for OCS and Infantry Airborne training gin the fall of 1942. 2nd LT Richard R. Hallock departed Ft. Benning some eight months later, in June 1943, on his way to be a soldier in WWII – with the 551st, the 504th and the 82nd Airborne in North Africa, Italy, France and the Ardennes Battle of the Bulge – until it ended in 1945. In the interim he had marched on the Parade Ground uncounted times, jumped from the Swing Landing Trainer and the 34’ tower too many times to count, marched to weapons ranges where he became skilled with his M-1 rifle, lived in the field for weeks at a time learning his trade and studying small unit tactics that would later sustain him and his men in combat.

For the next 24 years, 7 months, and 7 days, he was a military man, serving also in the Korean War; being stationed at Ft. Benning two more times and at Ft. Leavenworth and Ft. Campbell; attending various schools and colleges for various courses; being the first military member to serve in Secretary of Defense McNamara’s offices as one of his “Whiz Kids”. For him the high point of his career were his three years as General Lucius D. Clay’s Personal Aide for Intelligence in Berlin (he was a Captain) immediately after WWII. In 1953, he was the youngest Major to command a battalion in the Korean War. Over the years he accumulated the Master Parachutist Wings, Combat Infantry Badge with Star, the Legion of Merit, a Silver Star, five Bronze Stars (four with “V” for Valor), a Purple Heart, an Army Commendation Medal and various other medals and commendations before retiring from the U.S. Army as a Colonel on May 31, 1967. He would have been honored in being one of Ft. Benning’s 2007 OCS Hall of Fame inductees.
Col Hallock went on to form his own research and analysis company and later a successful commercial real estate company. But for him, his U.S. Army years were the most important of his life. 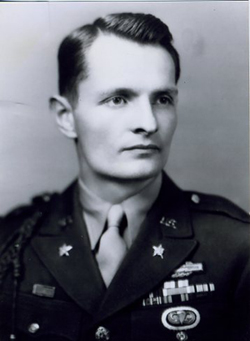 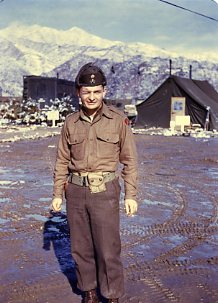 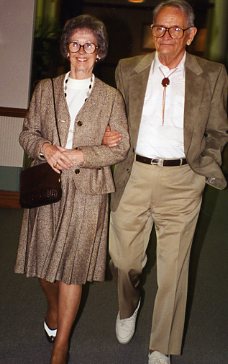