General Kasten began his career in 1913 while a student at the University of Illinois when he joined the National Guard. Upon graduating in 1916, he was appointed to the rank of first lieutenant of Cavalry in the U.S. Army.

After serving at posts throughout the United States, the Canal Zone, and Hawaii, he was detailed to the Finance Department in 1933. Early in World War II, General Kasten was assigned to the Army Air Forces and was promoted to Deputy for Air Finance, Budget and Fiscal Officer in 1944.

General Kasten was awarded the Distinguished Service Medal in October, 1945, shortly after being named Army Chief of Finance. He served as Chief of Finance from 1946 until 1949.

As Chief of Finance, General Kasten was faced with the difficult task of changing over the Finance Department to a peacetime basis. This meant adjusting to the loss of more than 2000 employees while trying to straighten out the records of returning servicemen eager to muster out. 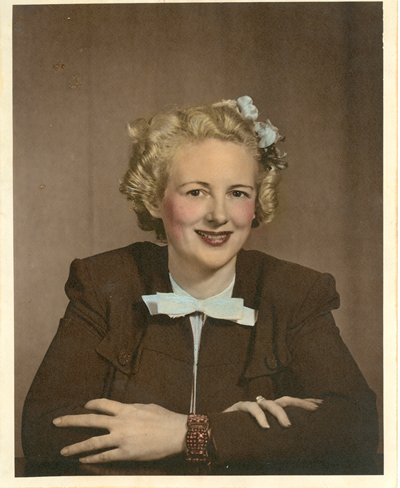 Not many of us remember that following WWII the Army was required to stop selling high priced items in its PXs. Of course, that included most home appliances. In 1949, following her husband’s retirement a strong minded lady decided to do something about it. She rented an office for $62.50 a month and immediately sublet a portion of it for $50.00. A few months later she moved to a 3000 square foot building on Columbia Pike in Arlington, Virginia, and the Military Buying Service, Inc. was on its way.

Her success was dependent upon her ability to persuade wholesalers to sell to her on the premise that her sales volume would be heave once military people found that they could buy items from her that were no longer available at the PX. I can attest to the fact that she was remarkably bright and attractive, and I can understand why many wholesalers were willing to give her a chance.

I do not know how long it took her to break even, but I do know it was not long before she established a reputation. There were never any sales gimmicks nor was there any “easy” credit available. I suspect few customers bought the expensive appliance they had seen advertised, but almost everyone knew the appliance they went home with ws the best they could afford at the best price. Some were refereed to reliable repair men who, for a fair price, could keep an old appliance working until enough cash was accumulated to buy the new one. At one time more than 30,000 active and retired personnel did business with the Military Buying Service in one y ear. Considerable business was done by mail, and many purchases were shipped by wholesalers to stateside addresses.

The name of the lady I am writing about is Ethel Kasten. Following her retirement from business ten or fifteen years ago she lived part of each year at Distaff Hall (now called Knollwood) in Washington DC, where she was one of the original residents. She also had a home in Boca Raton, Florida.

When she died she was 96 years old.

(Taken from an article appearing in the Spring 96 edition of “The Rafino Report”, the official newsletter of the Society of Retired U. S. Army Finance Officers.)