Star, a combat engineer, passed away early Saturday morning with his loving wife Tonya and his therapy dog Otis at his side.

Medically retired before reaching 20 years, Star was a vocal advocate for legislation to approve concurrent receipt.

He was a “Chapter 61 retiree,” a servicemember who is forced to medically retire from injury on duty.  These retirees are not authorized for concurrent receipt, which means receiving retirement pay from DoD for their service, while also receiving disability pay from the VA to compensate for injury. 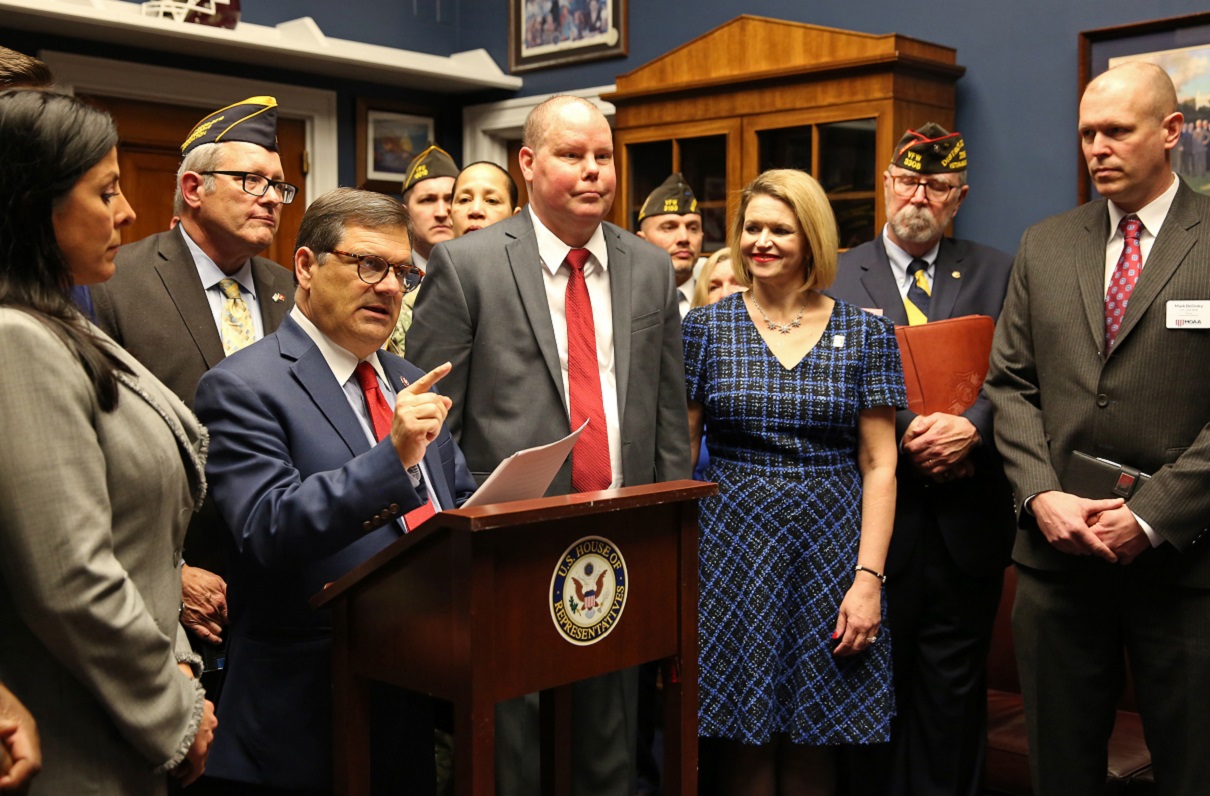 Maj. Richard Star, center, advocated on Capitol Hill in March 2020, even as he battled cancer. Rep. Gus Bilirakis, at the podium, is part of a bipartisan effort to once again reintroduce The Major Richard Star Act. (Photo by Jennifer Millbrett)

A bill named in his honor could change that.

“Maj. Richard Star inspired veterans across the nation as he embarked on this selfless journey to ensure all families of servicemembers will be taken care of,” said Lt. Gen. Dana T. Atkins, president and CEO of MOAA. “He has earned his rest and now it’s our turn. We will honor his legacy by continuing his fight to get concurrent receipt passed for all servicemembers.”

Within the next two weeks, Sens. Jon Tester and Mike Crapo, and Reps. Gus Bilirakis and Raul Ruiz will reintroduce The Major Richard Star Act. This bipartisan-backed bill gathered significant momentum last year and was supported by The Military Coalition. The Star Act would provide concurrent receipt for those forced to medically retire from injury in combat and is part of a tiered approach to addressing concurrent receipt for all military retirees.

After his last deployment, something wasn’t quite right. The burn pits and other environmental hazards from his service had taken a toll. Star and his wife, Tonya, discovered he had stage 4 metastatic lung cancer just after Memorial Day 2018. He had recently returned to the United States from a deployment to Kuwait, where doctors downplayed his respiratory issues as asthma or air quality in the country.

Doctors explained Star’s treatment options and prognosis. He and Tonya grappled with the realization Star would slip away before they could fulfill their plans to enjoy retirement together.

Star was shocked to learn his VA disability pay would offset the longevity pay he had earned through years in service. The realization intensified because Tonya left her job to become her husband’s fulltime caregiver and depended solely on Rich’s pay and benefits.

With Tonya at his side, Star endured chemotherapy. As he mustered the energy, his mind continued his mission to meet with lawmakers and share his story. 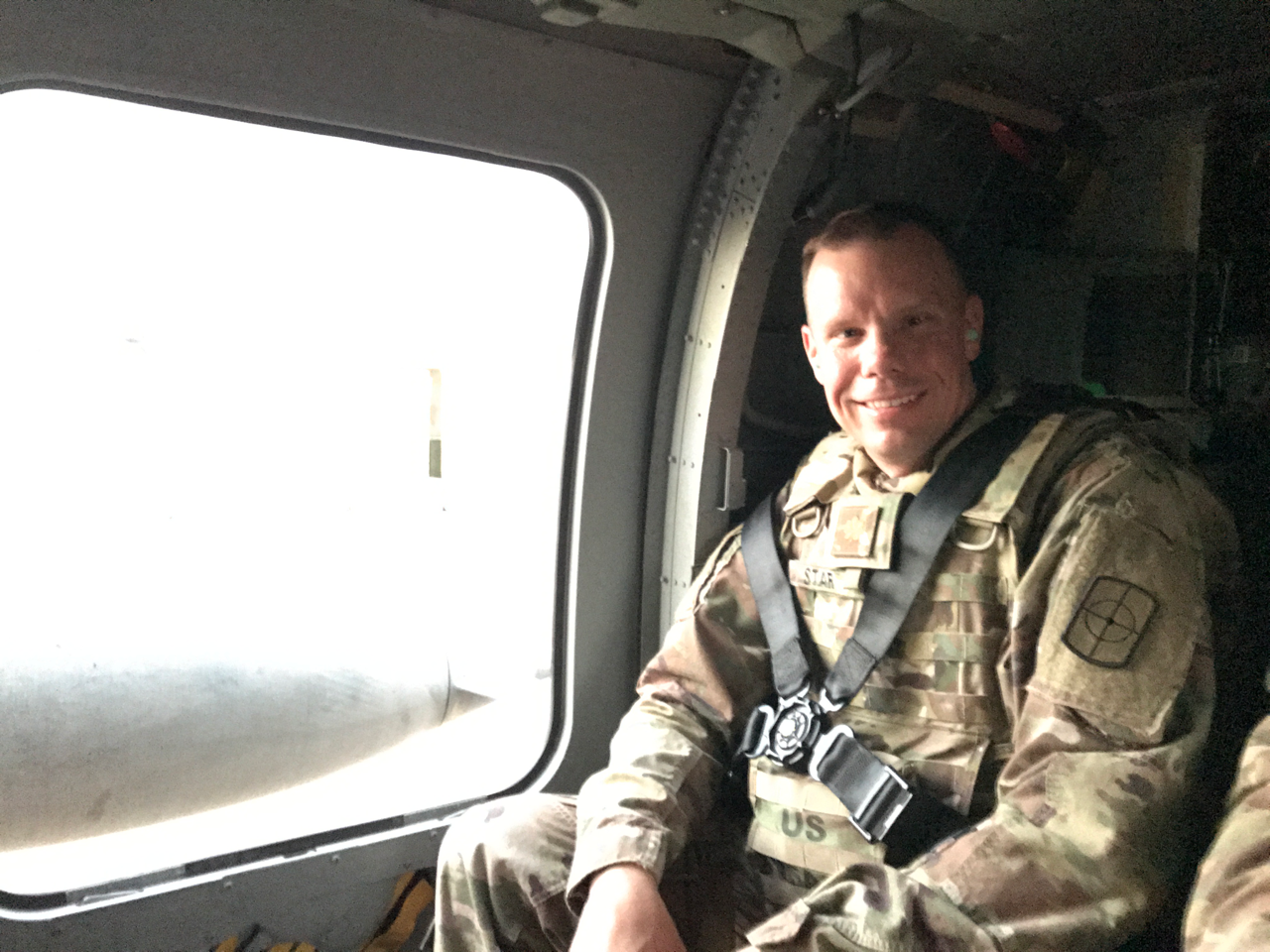 Maj. Star during a deployment to Iraq. (Courtesy photo)

When it was clear to the couple that Star’s health was rapidly declining, Tonya and Otis did not leave his side. Tonya held his hand, reading his requested Psalm 23 of the Bible.

“It was definitely the hardest thing that I’ve ever had to do,” Tonya said. “It was a tender and beautiful moment to be able to talk to him and continue to reassure him that Jesus was there, and it was OK for him to go, and that I loved him very much.”

Tonya has vowed to keep a promise she made to her husband before he died. She would carry on the fight to pass legislation for concurrent receipt.

“I would do anything in my power to continue to get this bill before the House and Senate and get it passed to carry on his legacy so that it does help other families,” Tonya said. “I can carry on and be his voice.”

Just like his missions in Afghanistan and Iraq, Star set aside his own wellbeing. He wanted to help his many other comrades facing similar hardships.

MOAA Knows Why You Serve

We understand the needs and concerns of military families – and we’re here to help you meet life’s challenges along the way. Join MOAA now and get the support you need.